I finally got the computer to load pics from our digital camera--yeah!!  I'm adding some pictures of two of my latest dolls.  For those of you that have been following this blog, you will know that the Civil War era is my favorite time in American history, and most of my dolls reflect that.
The first doll I would like to introduce to you is Delphine. She is about 27" tall, and is made of cloth with a paper clay sculpted head and shoulder plate. She has been painted in oils.   She represents a segment of the Black population that were "free people of color".  Mostly concentrated in New Orleans, there were many free Blacks in many  parts of the country.  Delphine represents a "quadroon", who was 1/4 Black.  She is from New Orleans, is well educated, and perhaps is a "placee" , or the mistress of a wealthy white man.  The system of "placage" was very common in New Orleans and in some other Southern cities before the Civil War, and involved these young, beautiful, free mixed-race girls becoming the mistresses of wealthy white men. As they were legally prohibited from marrying a white man, they entered into these relationships after their protective mothers "bartered" for their future. They would be provided for financially by their "protector" and if any children were born of the union they would be well provided for and even educated in Europe in some cases.  Many of these unions lasted only until the man married officially, but some of them lasted for life. 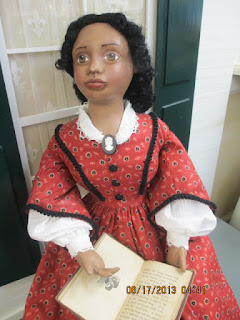 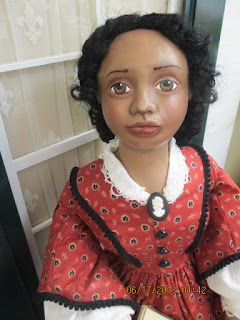 The second doll is "Miss Sarah Matilda".  She is a reproduction of an antique paper mache German doll known as "Greiner"  dolls after their original producer.   She is cloth, with a paper clay sculpted head and shoulder plate, and is painted in oils.  She is dressed in a typical off- the- shoulder type dress of the 1850's and 1860's. 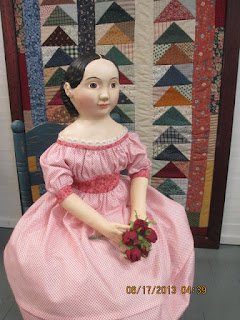 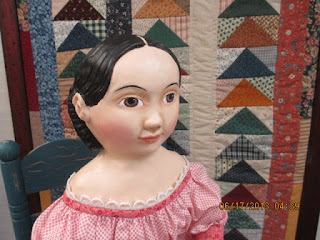 I'm working hard getting ready for another big doll show at the end of July!  Hope you enjoyed seeing my latest creations, and I'll post more  later.

Posted by Terry Merritt at 6:54 PM No comments:

I can't believe it has been so long since I've posted anything!  I used to bemoan the fact that my dolls weren't selling, and now I can't keep up!  What do they say, be careful what you wish for because it might come true??  I cannot complain one bit;  making the dolls is just as fascinating and fulfilling today as it was the first time I made one years ago.  I have loved making special dolls for ladies who will treasure them for their lifetimes and then pass them on to the next generation.
I'm sorry I don't have any pictures to share with you today of my new dolls.  Our digital camera is giving us fits again; the little card doesn't want to download the pics onto the computer for some reason.  Hopefully we'll get the problem fixed soon.  I have quite a few dolls finished or in the process and I'd love to share some of them with you.  I have devoted my time entirely to my hand-sculpted original dolls and am not doing the porcelains anymore.  The sculpted ones are so challenging and I just love the way they "come to life" and gain their own personalities.  I have done some great Izannah Walker reproductions, and also I am very proud of a beautiful Greiner paper mache repro who is waiting for a special outfit.  The wonderful tintype photo I have posted above is a hint of things to come!!
My husband Doug has been hard at work as well making great doll furniture and wonderful props to be used in our next big show in Washington DC next month.  I am tearing my hair out practically, worrying that I won't get everything done in time, but I always do.  Poor Doug will have to eat a few PB and J sandwiches on his own while I am out in the studio working away!  He is a good sport about it, luckily, and getting him in on the act so to speak has helped a lot as well!  He is a very talented woodworker, and even though he grumbles sometimes about making the furniture, I know he really gets a kick out of it and takes pride in his work.  Anyhow,  look for some pictures very soon!  Thanks for your interest in following my work.
Posted by Terry Merritt at 8:38 PM No comments:

Lady With a Past 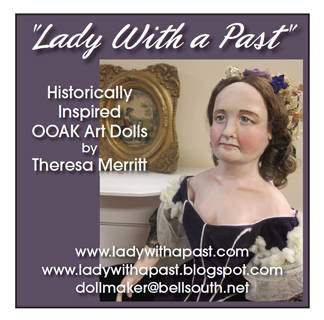 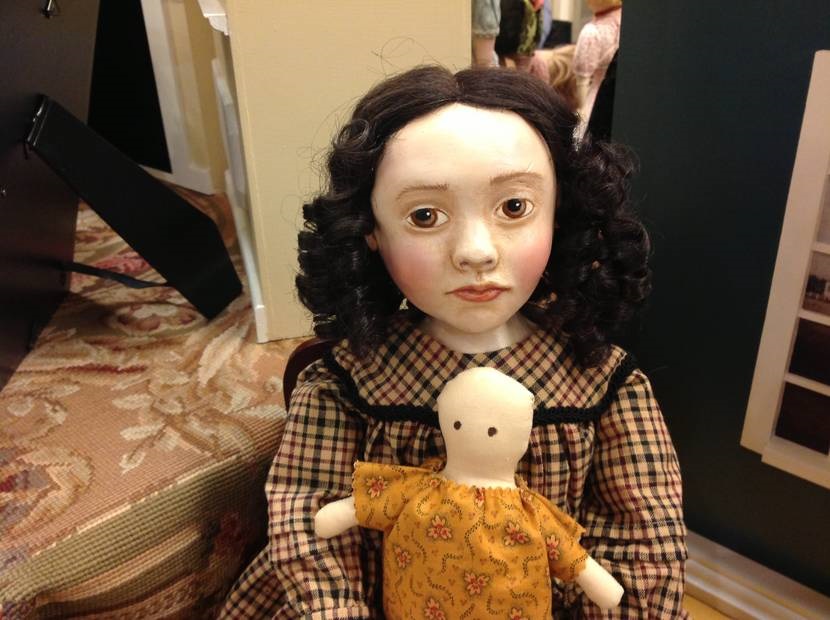 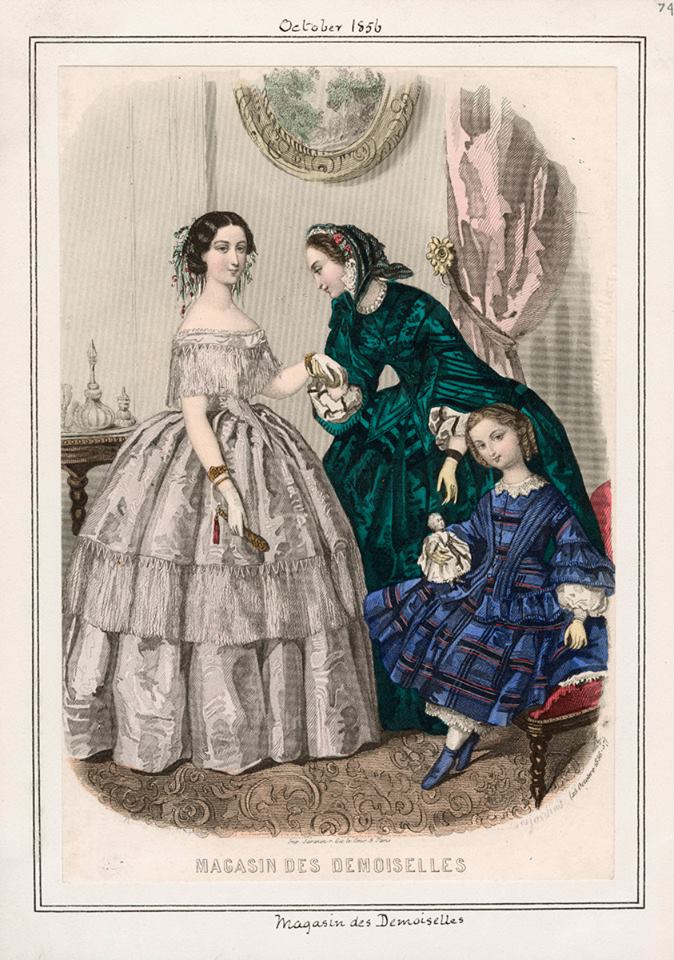 Isabelle and her wardrobe 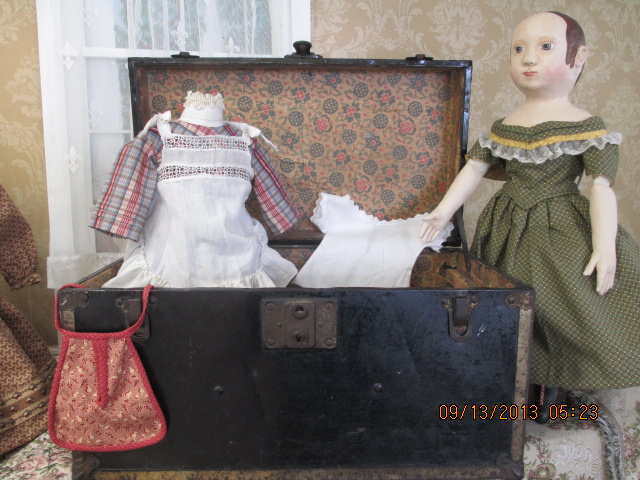 Terry Merritt
Monticello, Florida, United States
I am a retired Forensic Scientist/DNA analyst who is now able to indulge in my artistic side by creating dolls reminiscent of another time. My dolls are one of a kind, and are sculpted of paper clay, then oil painted. They are all historically inspired; some represent real people from history, and others are just representative of people living in the past. I also make all their costumes. My husband also makes beautiful hand-crafted doll furniture and room settings that can be made to order.